Can You Ever Know Enough Closes?

n sales of any kind, you will go through a period where everything you do works well and then another period where you feel like you’ve lost the magic.

That’s why it’s essential to be a student of sales and have more than one or two closes in your pocket. Here are a few to store away in your memory.

Can You Ever Know Enough Closes?

In sales of any kind, you will go through a period where everything you do works well and then another period where you feel like you’ve lost the magic.

That’s why it’s essential to be a student of sales and have more than one or two closes in your pocket. Here are a few to store away in your memory.

The Turn The Tables close works great if you’ve built some decent rapport with the customer and you are getting along pretty well. Here’s the scenario: You’re coming back from your manager with the first pencil. Your customers have been chatting at your desk; as you approach, walk around to their side of the desk. Pull up a chair or squat down, so you’re on their level.

Now it’s time to cash in on some of the rapport you’ve built.

The image is that you’re not selling from across the table; you’re advising or explaining as a friend would do.

“Mr & Mrs. Customer, here’s how all the numbers work out….” then go over the price presentation like the only thing holding them back was you coming back and explaining the worksheet.

“Just put your initials here and here, and I’ll get the car cleaned up and the gas tank filled.”

It is no doubt that you’ve had a customer who you have taken through every step of the sales process and at the end still wants “to think about it.”

They’re not going to think about it. They’re just going to leave. And worse, likely buy from someone else at a later time. When you’ve tried everything else, and your prospect just wants to “think about it,” give them the Three Questions Close

“Mr. and Mrs. Customer, When buying a car, there are really only three questions that need to be answered, and I think we’ve already answered two of them.

One: Do you like it? (pause for a moment) Two: Can you afford it? (pause for a moment) Since we know that you like it and can afford it, that leaves only one question: When do you want to start enjoying it? Since you can really only begin enjoying the car once you own it, why wouldn’t you want to start enjoying it right away? Doesn’t it make sense to begin appreciating the car right now?”

In this close, you make yourself the “bad guy.” Here’s the scenario: You’ve gone over the numbers, and the payment is still not as low as the customer wants it to be. You’re going to be asking for a bump in their downpayment, but you need to do it in a way that isn’t confrontational. Throw yourself under the bus. Come up with a “crazy idea” that will make you look like an idiot. It would sound something like this:

“Hey, maybe I’m crazy for suggesting this. I mean it. You guys are going to think this is the craziest thing. Let me be the bad guy! We’re still $20 a month away on the payment you want. So, give me some ammunition. You guys commit to putting an extra $750 down. Write that here…$750 additional down. And then let’s scratch the $420 per month and write $399 per month and let’s see what happens. It doesn’t usually work this way. They usually set the price. But, maybe if we do it this way, where you set the terms: an additional $750 from you for a downpayment and a $399 monthly payment, then you’ll buy the car. Should I do it? Ok. Put your initials here, and I’ll go see if I can make it happen. Wish me luck!”

I teach that closing starts with the second question you ask your prospect. Attempting to get a commitment to buy begins that early. Obtaining a signature on the paperwork might take some creative thinking.

Most customers need to be asked the question several times before they sign on the dotted line. Knowing multiple ways to keep the conversation going can mean the difference between making the sale and walking what could have been a sale out the door.

Get salses tips like this by signing up for our newsletters 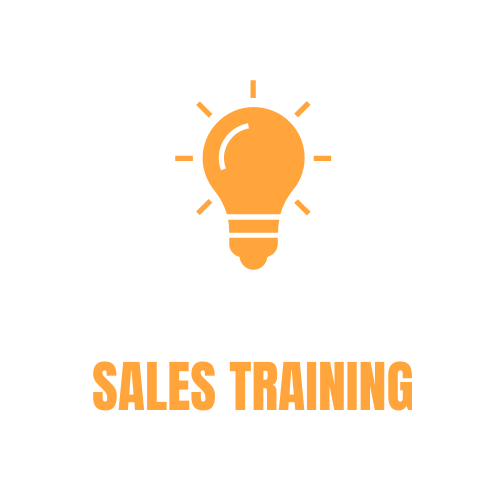